Home > About Us > News > Walking Around Annapolis

Annapolis is an incredibly walkable city. The architecture beautifully melds the centuries along the Chesapeake Bay. On both of our visits, we meandered in and out of alleyways always discovering a new treasure. 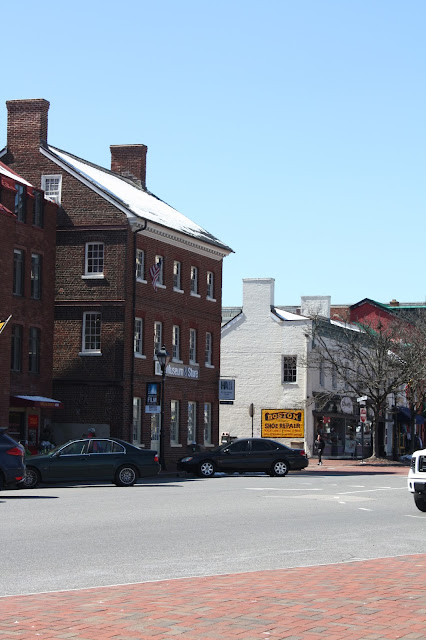 "Freedom Bound: Runaways of the Chesapeake" at the Historic Annapolis Museum and Store While exploring we discovered the Historic Annapolis Museum and Store. The store is full of Annapolis mementos including locally made items. The two floors of the museum feature the exhibit "Freedom Bound: Runaways of the Chesapeake" telling the personal stories of slaves and indentured servants and their attempts at freedom pieced together from historical record. Overall, the exhibit is incredibly moving. As you move through the exhibit you introduced to each individual and learn their story.

First, we learned about Jack, a runaway slave from George Washington's Mount Vernon. While the displays look simplistic in manner, I think that they help you engage with the emotional side of each piece of history. I felt more involved in this exhibit than I often do at other museums. We learned about Jack's escape attempt and whether or not he was successful through historical record.

We also learned about Henry who escaped from slavery and joined the Union Army to fight for freedom and end slavery. Each story gives incredible detail on the dangers and risks escaped slaves encountered. 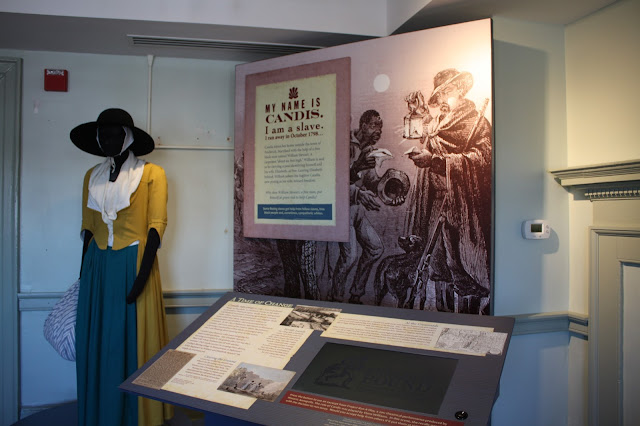 We also met Candis who escaped slaved and assumed another identity to make it to freedom.

The exhibit is incredible. I enjoyed how multimedia and snippets from primary source documents were used to piece together history. The exhibit brought each person to life and we were moved by each and every story.

To read the rest of the article, please click here.